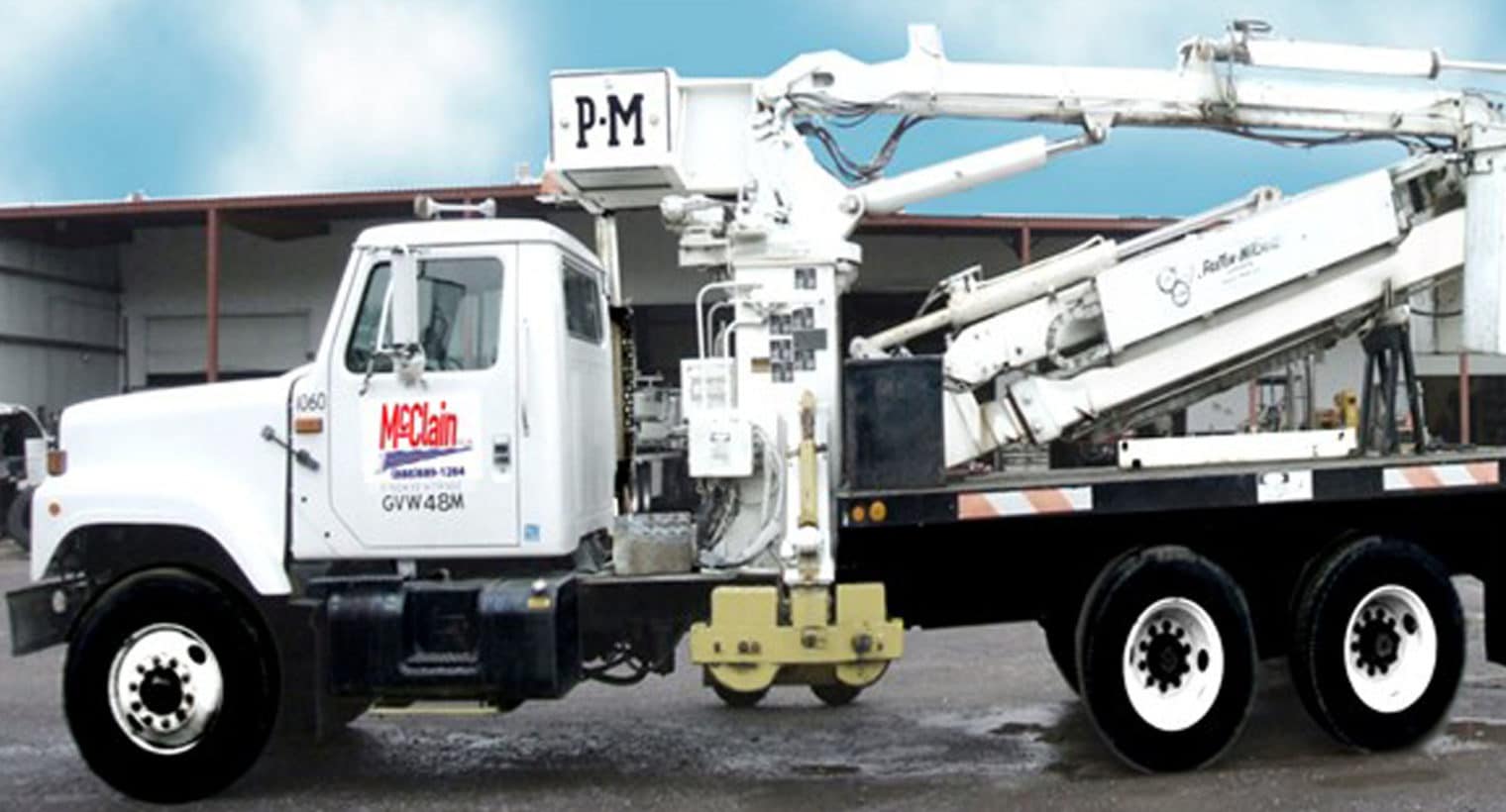 Anyone who works with highway bridges, whether constructing them, maintaining, repairing them, or even inspecting them, their biggest fear is a bridge failure.

Keep in mind that a bridge “failure” does not always entail the collapse of a bridge span but can mean the presence of a significant degree of damage. If the damage, regardless of the cause, is seen as potentially leading to a fracture or shearing, this is sufficient to consider it a suspected bridge failure.

Bridge Failure Across the Mississippi River

Of course, perhaps the most infamous incident recently involving a suspected bridge failure occurred in May 2021 when an inspection revealed a large crack on the Herman de Soto Bridge crossing from Arkansas to Tennessee.

The I-40 bridge spanning the Mississippi River was shut down on May 11, 2021, after inspectors found a crack in one of two 900-foot main horizontal steel beams, components that are critical to the bridge’s structural integrity. The bridge fully reopened in August 2021.

In a subsequent report released in November of 2021, the Arkansas Department of Transportation stated that the crack may have begun when the span was fabricated in the 1970s and went undetected for years.

“In all likelihood, the cracking in the weld occurred within hours of its completion but was not detected by any post-weld repair fabrication testing and remained unchanged for a number of years.”

Of course, it would seem that a crack of this magnitude should have been visible long before it was finally reported by inspectors, possibly four decades later. While this may seem to be an indictment of sorts of bridge inspectors from those two states, experts will agree that even visible cracks and fractures can be difficult to detect.

With the more extensive use of versatile under bridge inspection equipment with broader capacity, such as SNOOPER™ trucks, inspectors can access areas beneath bridge decks previously difficult or impossible to see.

This type of access is critical for achieving comprehensive visual inspections and being able to note damage or other signs of suspected bridge failure.

As one online news article pointed out,

“Inspectors check the beams for cracks of any kind and measure their size and depth. These might form if the steel became brittle from bearing weight, like a paper clip that’s been twisted too many times. The teams also measure the thickness of the beams to see whether rust has eaten away at the structure.”

[Image courtesy of the ArDOT]

Anyone who designs, builds, or inspects highway bridges can tell you that there are plenty of reasons why a given bridge could fail.

According to the American Society of Civil Engineers (ASCE), it is estimated that perhaps one in nine bridges in the United States are rated as structurally deficient. Yet, more than 200 million trips are made across these bridges daily in the 102 largest metropolitan areas in the U.S.

And while there are several causes that bridge failures can be attributed to, there is often a combination of factors at work when a bridge suffers a catastrophic failure such as a bridge collapse.

Among the most common causes of this type of failure are:

Often, in the pursuit of novelty or innovation, bridge designs can sometimes prove to be inefficiently designed for the loads they are to carry or the natural stresses and forces that bear on them from the elements. For example, the Tacoma Narrows Bridge experienced what is known as “torsional flutter” during high winds in November 1940 and collapsed into Puget Sound in the state of Washington.

High winds, earthquakes, fires, and flooding can all contribute to potential bridge collapses. While all highway bridges are designed and built to withstand far more than their normal operating tolerances, the forces of nature cannot always be withstood. Consider the Loma Prieta earthquake of 1989. One of the victims was a section of the Bay Bridge’s upper deck that collapsed when the earthquake struck the San Francisco area on October 17, 1989.

The irony of a bridge collapse in Philadelphia in January 2022, while President Biden was nearby rallying support for the government’s infrastructure bill, was not lost on anyone. And news sources quickly pointed out that the Forbes Avenue bridge over Frick Park, a major artery for morning commuters, had an overall 4 rating and was listed in poor condition, according to the Pennsylvania Department of Transportation.

Of course, a collapse of a bridge is the “ultimate” bridge failure, but, as we saw with the Herman de Soto Bridge, one major crack can be enough to close down a major bridge and traffic artery for months. And at the cost of millions upon millions of dollars to trucking and logistics companies, not to mention for repairs.

SNOOPER ™ trucks are some of the most capable and versatile bridge inspection and maintenance equipment available for contractors, engineers, and inspectors. Government agencies, as well as private firms, make use of these highly-rated under bridge inspection vehicles and bucket trucks for a wide range of bridge-related tasks.

The “SNOOPER” name is a registered trademark of the Paxton-Mitchell Co. However, over the 50-plus years since the production of their first under bridge SNOOPER™ truck, the name has become almost a generic name for most any under bridge inspection vehicle.

One of the benefits of these agile machines is their ability to place inspectors and others far below the bridge deck and then deep underneath. This extensive reach and range allows inspectors to physically inspect almost every square foot of under bridge area and behind struts, beams, and girders.

This extensive access capability provided by SNOOPER ™ trucks also allows maintenance and repair crews to carry out needed work on highway bridges. The ongoing and routine inspections and the regular cleaning, maintenance, and repair of bridges allow for early detection and subsequent prevention of suspected bridge failures.

However, without the support of a fleet of SNOOPER ™ trucks to place these various workers where they are needed most, their jobs would be far more difficult and, in some cases, almost impossible.

A SNOOPER ™ Truck is a Multi-Purpose Equipment Asset

In addition to supporting the work of routine bridge inspections, SNOOPER ™ trucks are extensively used by bridge cleaning crews, maintenance workers, bridge painters, electrical workers, and many other under bridge tasks.

Certain models of SNOOPER ™ trucks can also provide overhead access for work on bridge arches, cables, and other structural components that are positioned above the bridge deck. Essentially, with the use of a SNOOPER ™ truck, there are no places on or under a bridge that cannot be accessed.

The ability to quickly, smoothly, and easily gain access to the support structures mid-span underneath a bridge deck contributes significantly to the prevention of suspected bridge failures and, potentially, a preventable bridge collapse.

There are numerous benefits of under bridge inspection units such as SNOOPER ™ trucks. Their extensive use and popularity among bridge inspectors, engineers, and contractors – with various state DOTs and private firms–is a testament to SNOOPER ™ trucks’ value to the highway transportation industry.

Unlike fixed scaffolding, suspended scaffolding, rope rigging, and other modes of bridge access, a truck-mounted under bridge inspection vehicle – like a SNOOPER ™ truck – is faster, safer, far more efficient, and ultimately can be far more cost-effective.

The widely-loved and appreciated SNOOPER™ truck has been around for over four decades, and the very first model was sold in 1964. And these trusty vehicles have been an integral part of the bridge inspection, maintenance, and repair industries ever since.

As we’ve pointed out in other articles here, Paxton-Mitchell Company’s original equipment was built and designed to reach underneath bridge decks so that workers could “inspect, repair, sandblast, paint.”

And the McClain and Company fleet of SNOOPER™ under bridge inspection and maintenance trucks have been doing that since our company began almost 25 years ago!

The folks at McClain and Company have always prided themselves in providing their customers with exceptional customer service. And one important aspect of that is being able to offer our customers the absolute best in under bridge access equipment rentals, such as SNOOPER™ trucks.

McClain and Company owner Daniel McClain and his team are also committed to the belief that “Your success is our success.” This motivation to help our customers succeed with every job, and every project, is why we do everything we can to help you select the right bridge access equipment rental for your needs.

If you’re familiar with our company and our rental fleet, it’s quite possible that you already know what pieces of equipment you’d like to rent. We invite you to give us a call, and we’ll give you a quote today so you can schedule your rental with us.

In addition to SNOOPER ™ trucks and under bridge inspection equipment rentals, McClain and Company offers much more.

We provide our customers in several states with a wide variety of professional highway construction services and equipment rentals, in addition to Traffic Control Service and Device rentals,  Hi-Rail equipment rentals, and various other aerial work platforms and access equipment.

If you have questions concerning under bridge inspection unit rentals or you’d like to learn more about SNOOPER ™ trucks, feel free to contact McClain & Co., Inc., by calling us at 1.888.889.1284 or emailing us at info@mcclain1.com.